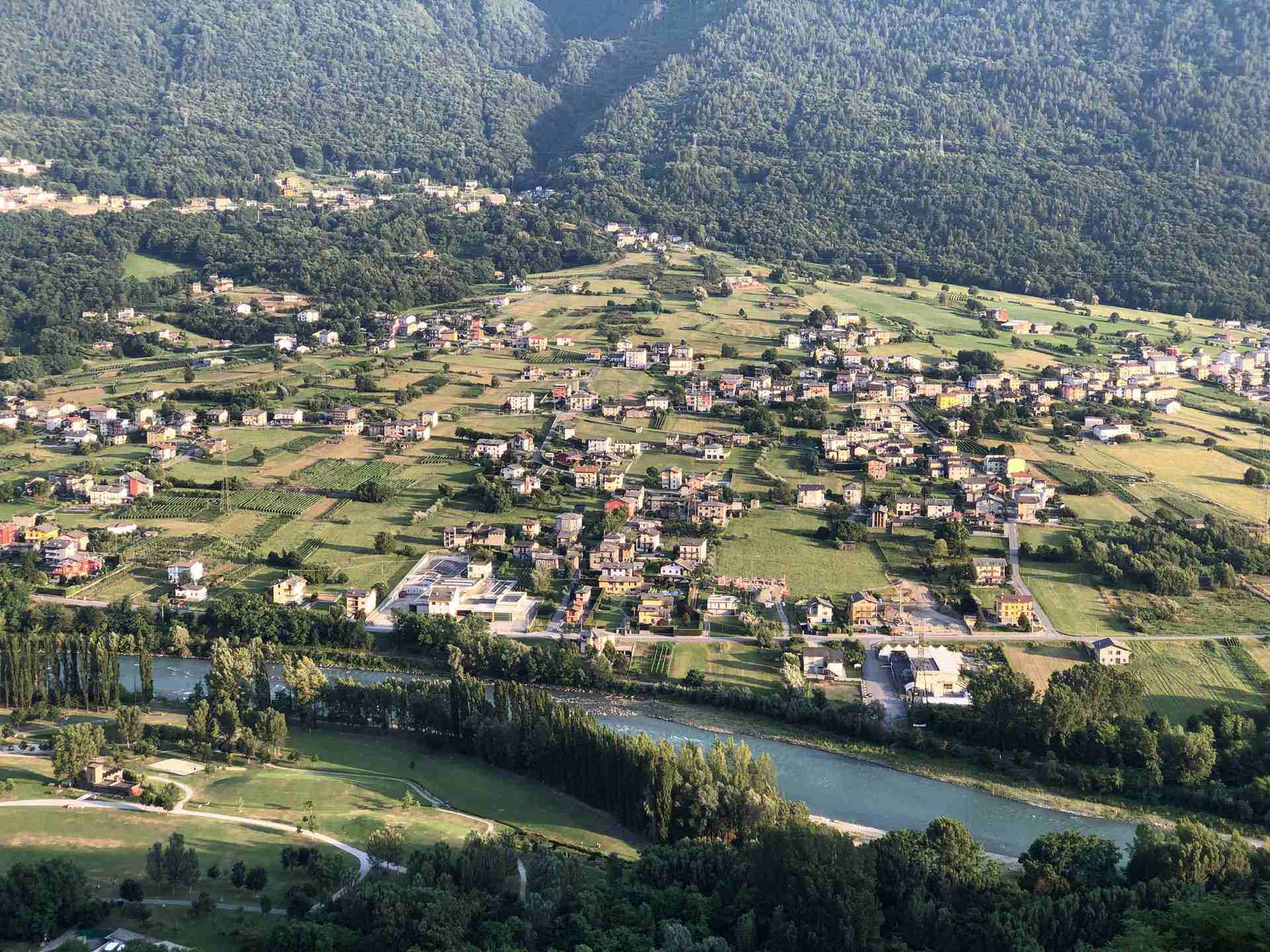 The history
from father to son

Talking about the origins of Scherini Funghi means retracing a family history that goes back three generations, each of which has had close ties to the Valtellina area, with a passion for a business that began over forty years ago. In fact, it was 1972 when Franco Scherini and his wife Pierina established a small frozen food company in Albosaggia, just outside of Sondrio.

They were later succeeded by their daughter, Cristina, and her husband, Francesco, whose son, Alessandro (the founders’ grandson), now represents the company's third generation. In the meantime the business has continued to grow, to the point that it now employs 20 workers, and has had to repeatedly expand its production areas, while at the same time remaining faithful to its historic headquarters. 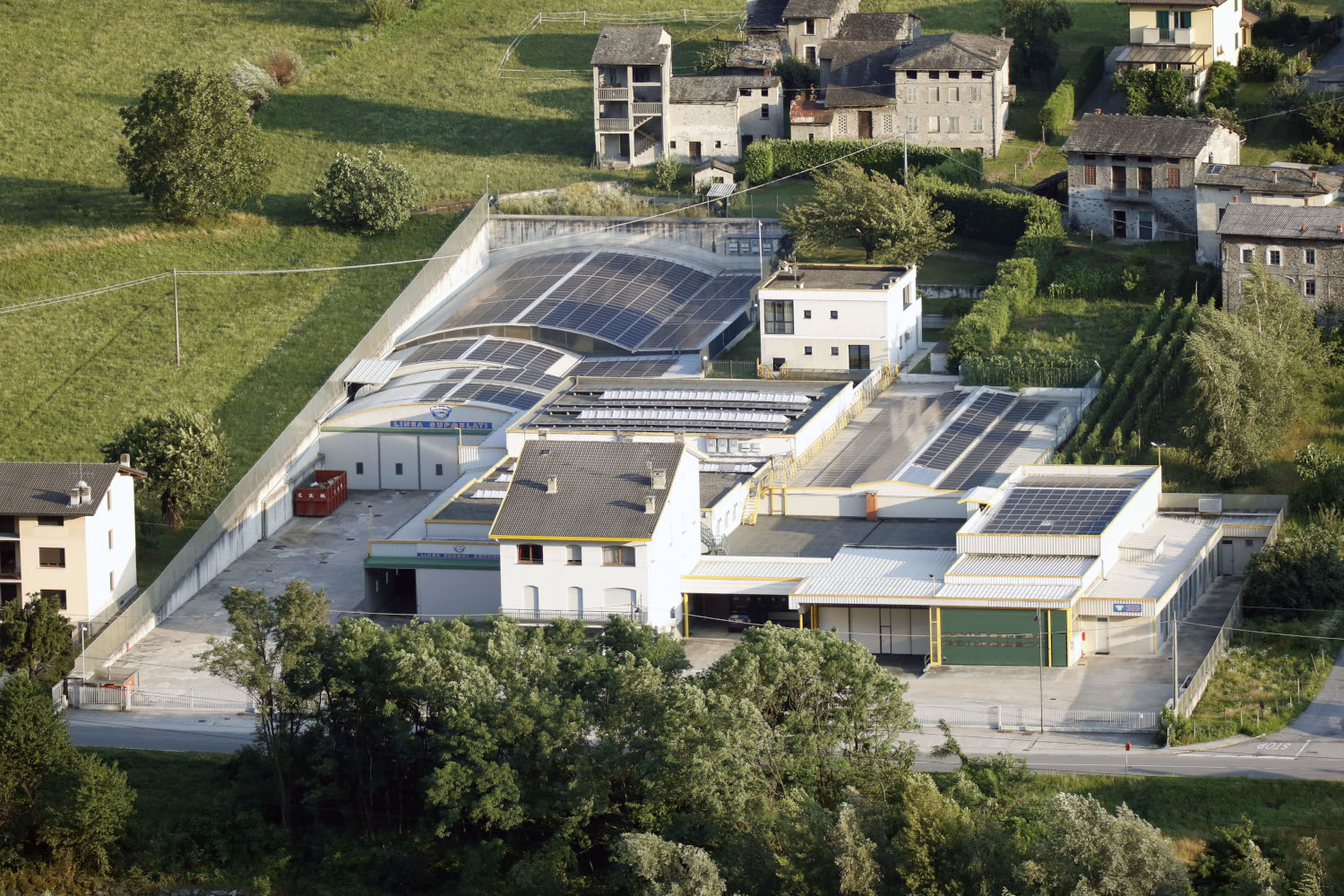 For the storage of its frozen products, the company is able to rely on 6 cold stores with a maximum capacity of 2000 pallets, thus allows it to maintain a warehouse that’s always stocked and ready.

The cold stores are rigorously monitored by an advanced temperature and cold chain control system, which allows the history and the real time situation to be kept constantly under control. 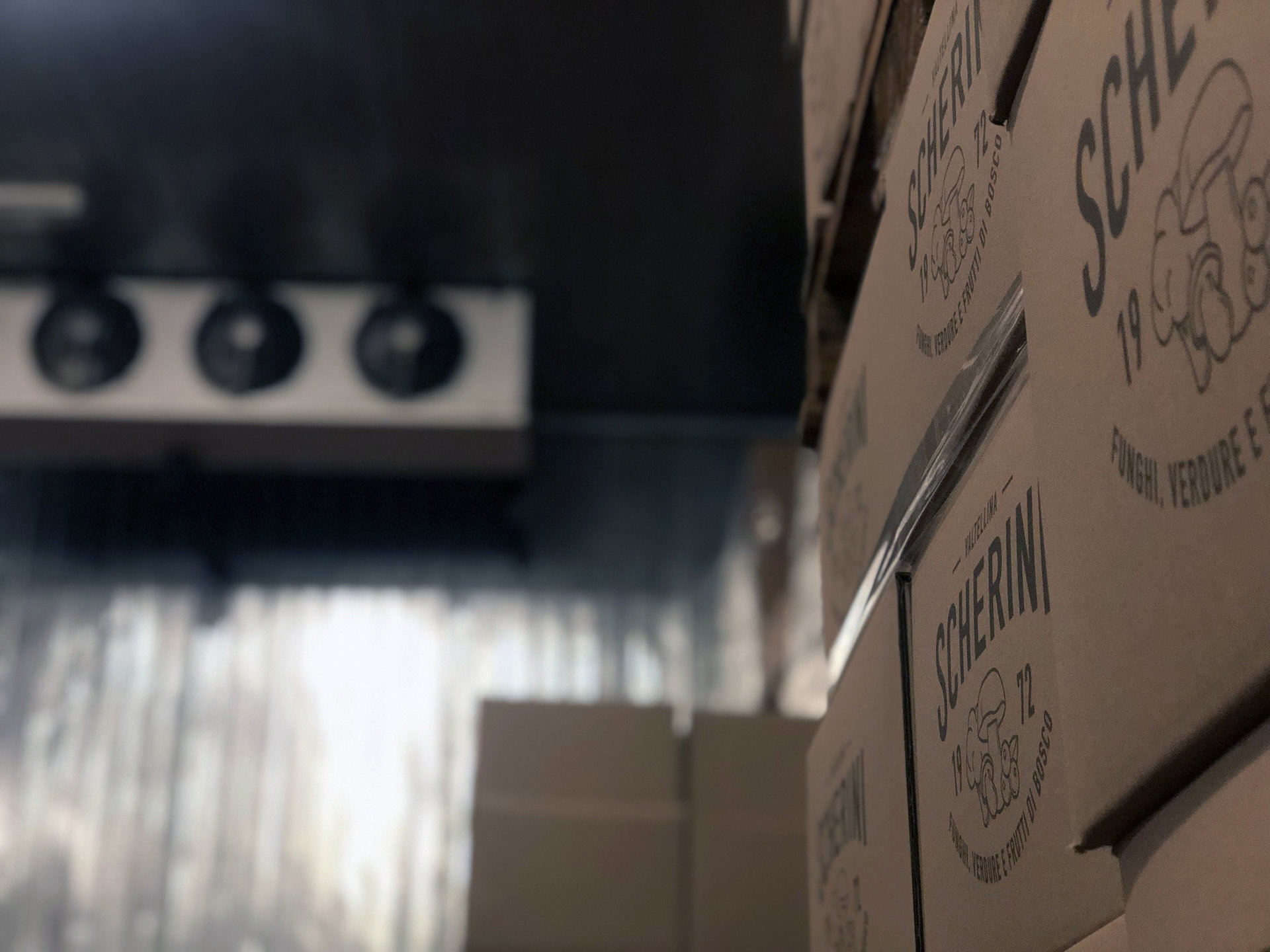 The historic home of Franco and Pierina is still present and clearly visible upon the company’s premises, next to the areas used for the products’ production and preservation.

It’s the place where everything began, and where the family still resides: in addition to the home’s sentimental value, its presence upon the company’s premises offers certain advantages from an operational standpoint, and guarantees greater control over all the production and storage environments. 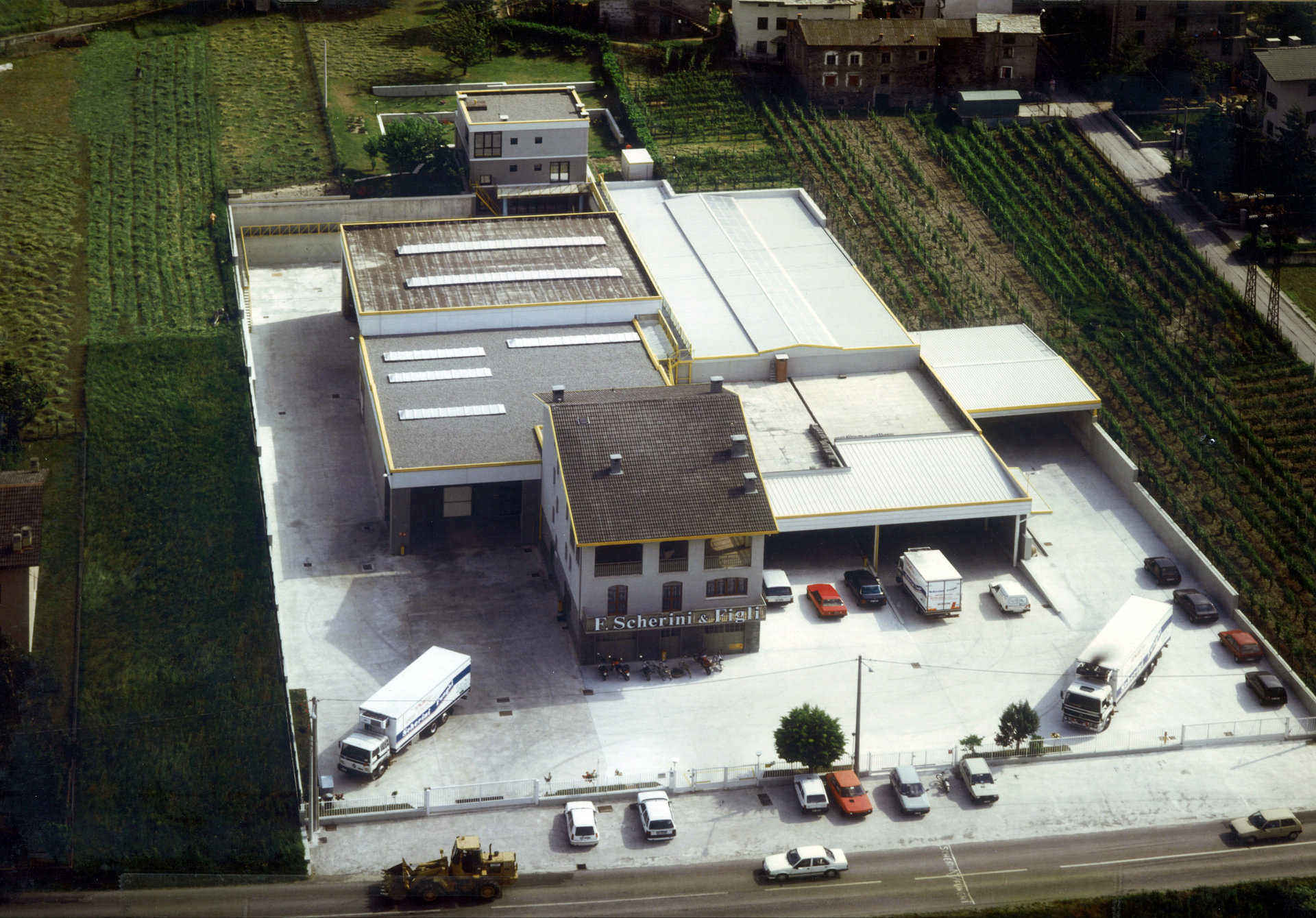 The temperature-controlled production facility is the heart of the production process: inside this building, where ideal climatic and environmental conditions are maintained to ensure maximum product quality, the manual raw material selection and cleaning phases are carried out, after which the high-tech mechanical packaging operations are performed. 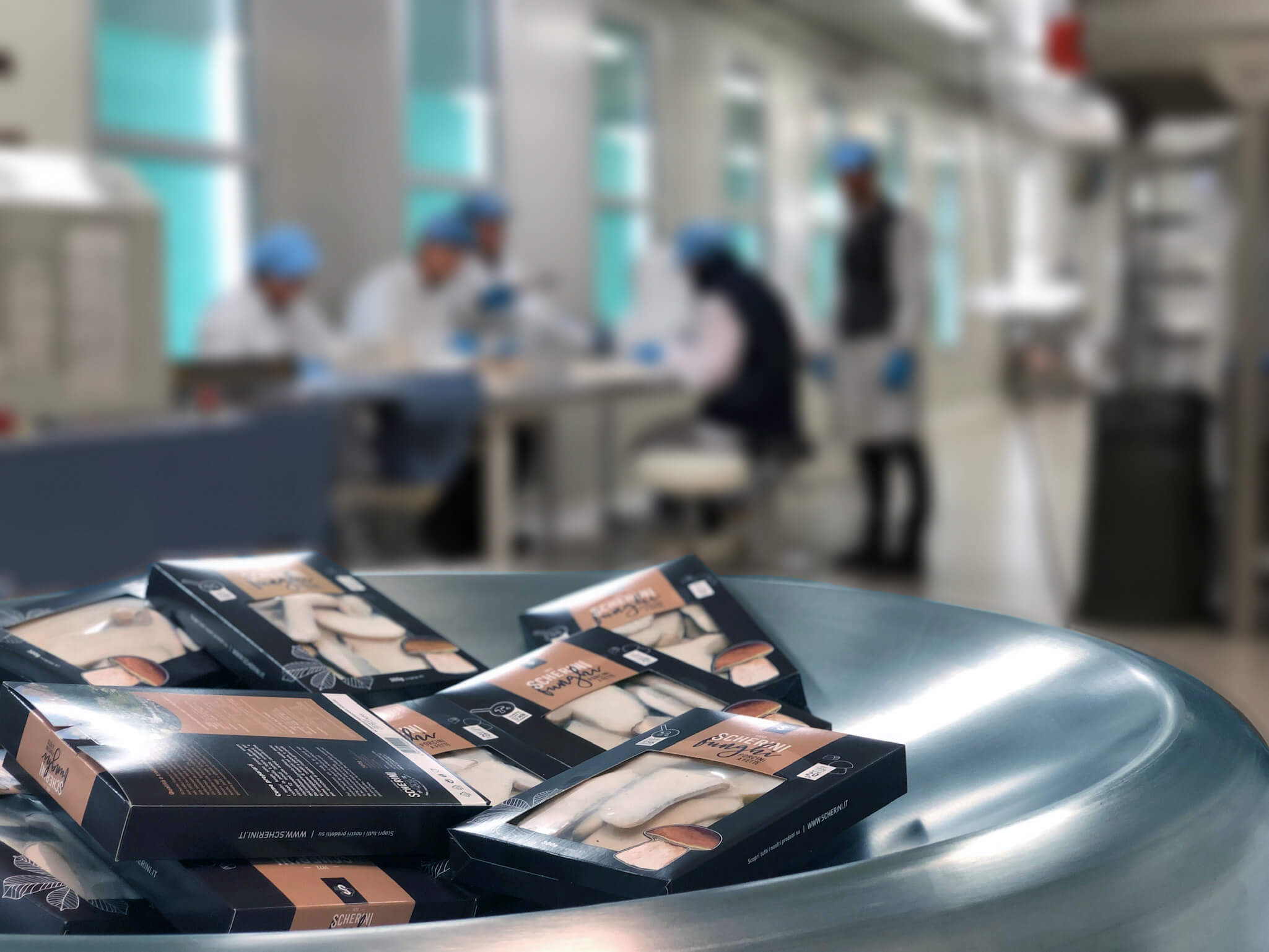 The evolution of the business has gone hand in hand with that of its facilities: in fact, the company’s progressive growth has required greater internal structuring and, consequently, new spaces dedicated to product processing and storage, as well as the management of the various processes.

At the offices, the company’s staff is dedicated to providing customers with all the answers, assistance, and services the require. 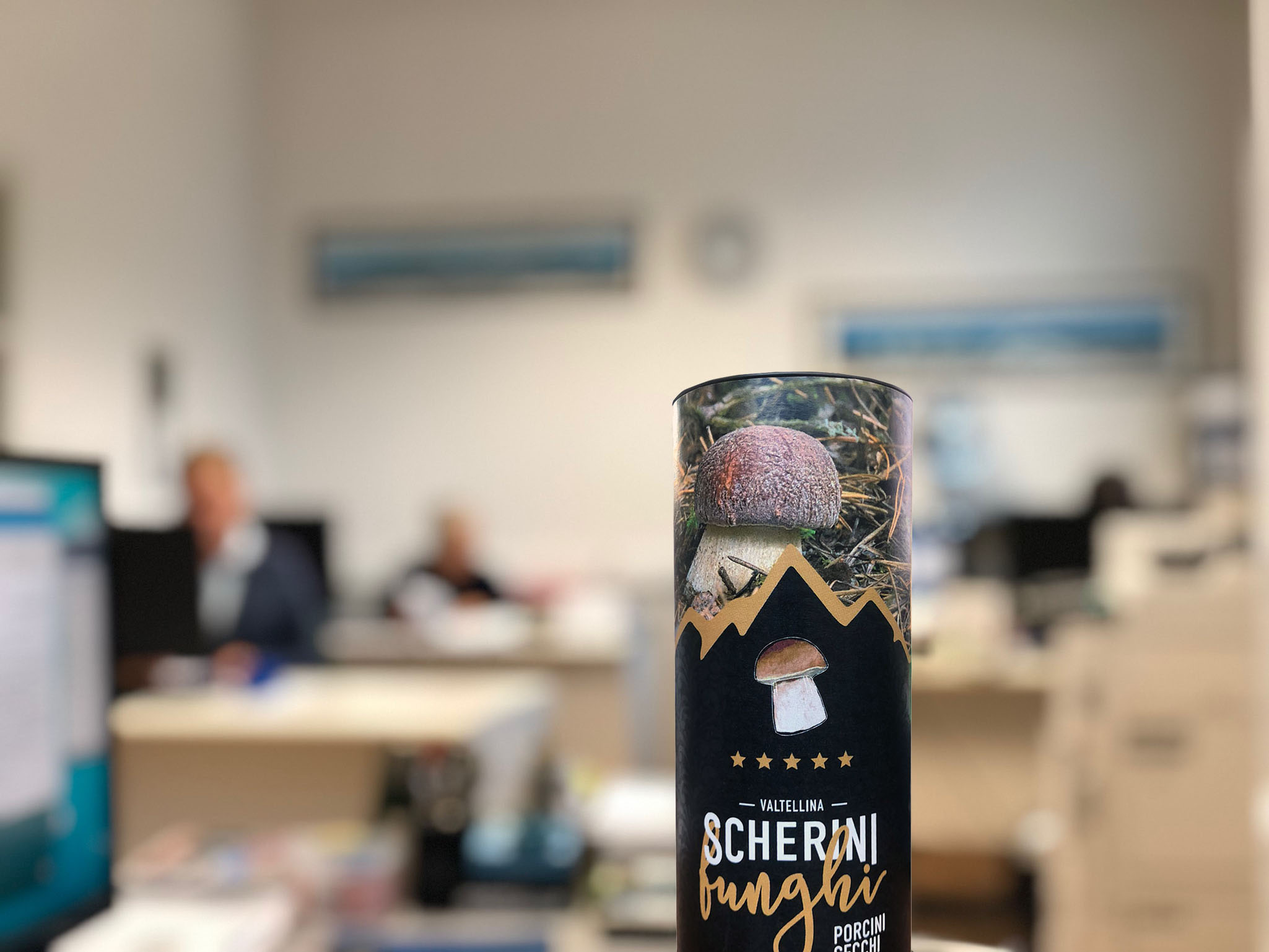 We’ve always been grateful for the generosity with which nature offers us its products. We’ve always selected our growers based on criteria of awareness and respect for the environment, and we’ve now begun offering our own contribution to eco-sustainability as well, thanks to a 200 kW solar power system installed on our facilities, which allows us to reduce our power consumption and emissions. This makes our products twice as good. 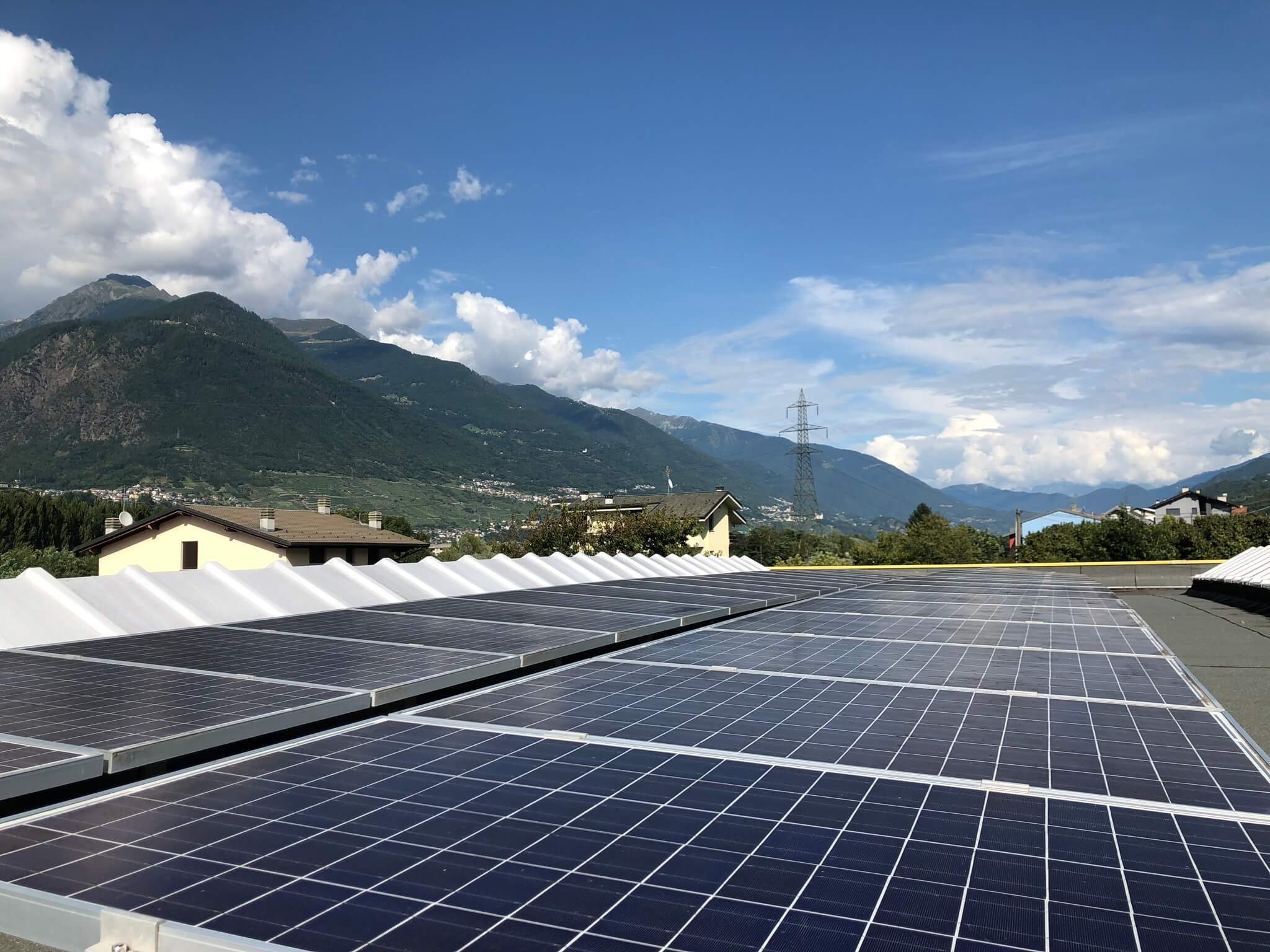 The mountains,
our preferred suppliers

Our company owes a lot to the mountains. Not only because our main products, mushrooms, come from the woods, but also because our close ties to our local territory are a continuous source of inspiration, and remind us that quality comes from respect, work and passion.

That’s why we’ve decided to keep on living and working in the heart of Valtellina, surrounded by nature. 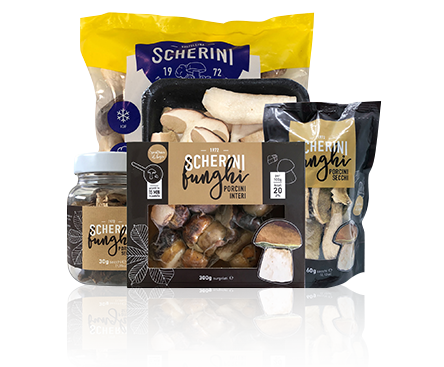 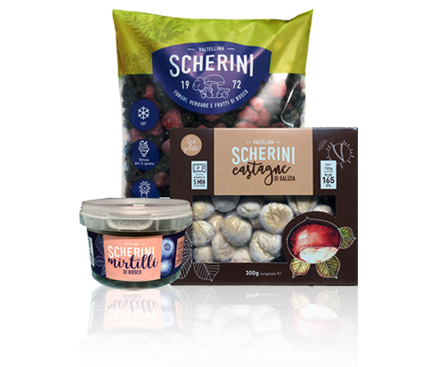 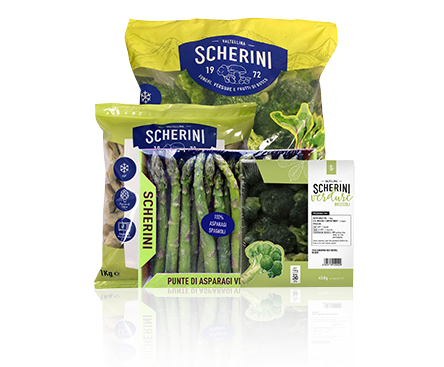